The most complete fighter in the world

март 16, 2018
A heavyweight boxing champion gets convicted of rape and sent to a prison that is also a staging grounds for an illegal organization of boxing matches by the mafia. The champ, ''Iceman" Chambers, (played by Ving Rhames) is arrogant and conceited. He doesn't like that there is a reigning prison champion (Wesley Snipes) and intends to show everyone who is boss. What ensues is a lot of thuggery, verbal insults and of course, fist-fighting. That is the plot of the 2002 movie Undisputed, in a nutshell. An average martial-arts/prison/action flick on its own, what it did was create a whole saga of direct-to-video sequels with a cult audience. It also bore a touch of irony because Wesley Snipes did end up in jail in real life - for tax evasion, a couple of years after making this movie. 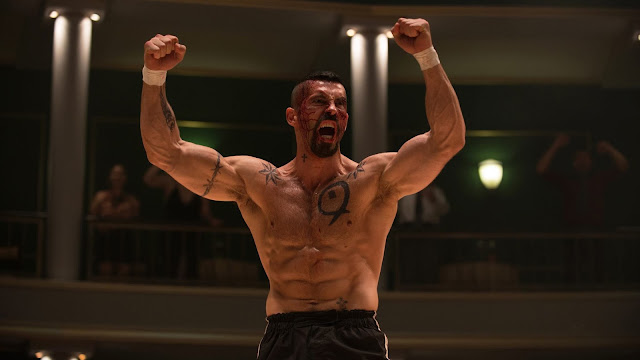 The sequel, Undisputed II: Last Man Standing, had a new director, Isaac Florentine, who would keep the director's helm for two more movies after this one; and a new cast: Michael Jai White, a renowned action star, especially memorable for his role in the cult action comedy Black Dynamite; and Scott Adkins, who is known to mainstream audiences mainly as Jean-Claude Van Damme's henchman in The Expendables 2. Apart from the new director and actors the movie also had a new setting - Russia and its prisons, which would continue to be the case in the films to follow. The main hero (White), the same selfish prick from the original, arrives in Russia to promote his brand but gets himself set up by the local criminals and sent to jail for drug possession, where he now needs to participate in illegal fights in order to win his freedom back. 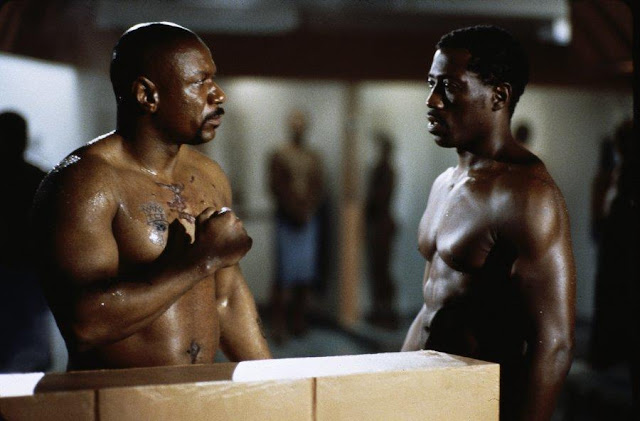 The Jewish director Florentine very skillfully depicts Chambers' character arch from a selfish, 'I only look out for myself' tough guy to a more humane and giving person, after being faced with the famous Russian care for the fellow man, in the form of people who would take their own coat off and give it to those in need, even in the midst of a blizzard (a bit pathetic, yes, but also true, like coming straight from Dostoevsky). All of that is showed through the prism of Russian Orthodox Christian faith, with explicit Christ imagery. 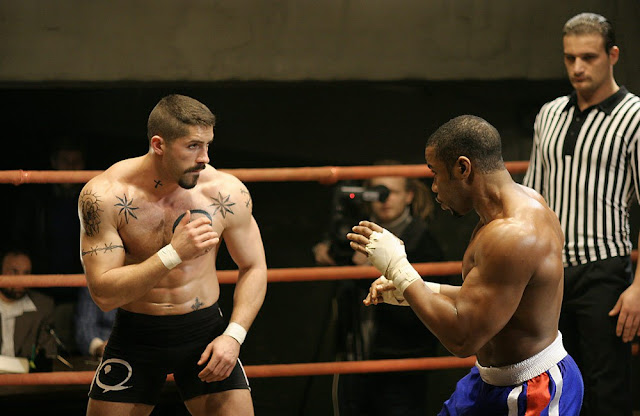 That imagery is also present in the shape of the movie's stand-out villain, Yuri Boyka (brilliantly portrayed by Adkins). A deeply religious fighter, who prays to God before every match, covered with tattoos like the Virgin Mary and Baby Jesus, Orthodox cross and the Heart of Passion, he also displays an impressive array of fighting skills, a veritable whirlwind of spin kicks and round houses, thus making him the epitome of the Slavic/Balkan tough guy. All that, and his signature claim about being the most complete fighter in the world, made it a necessity that he should have his own movie. 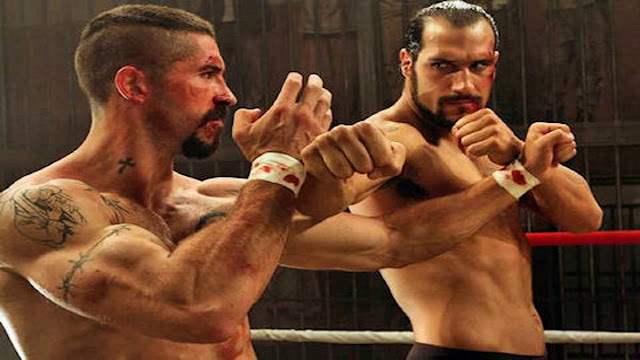 Undisputed III: Redemption is Boyka's opportunity to make up for his evil deeds by helping his American friend in a prison in Georgia (ex-Soviet Union Georgia, not the American state). Not quite the master-piece as the second movie, Redemption is still a good opportunity to see Adkins back in action and also hear him do the Russian accent again, which is priceless - all those one-liners about 'shutting the fuck up' coming from a scowling, no-nonsense Slavic grump. The main villain, played by the Chilean actor Marko Zaror, is a drug-addicted crazy man, which is another opportunity for this film series to condemn drugs as being wrong (mkay?). 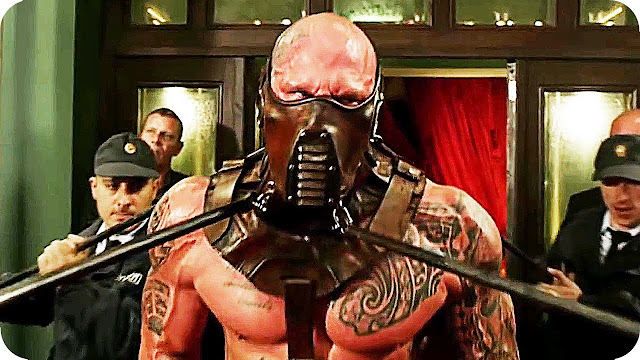 The third movie to star Boyka, thus rounding-up his own trilogy, is called Boyka:Undisputed. Winning a fight that is his ticket to mainstream stardom after a decade of fighting in prisons, he is on the verge of fulfilling his life's dreams. However, the guy he beat dies after the fight. Faced with accepting the glory and the money or helping the guy's grieving widow, Boyka chooses the latter and gets embroiled in criminal activities once more. Also, he needs to beat a giant. Yes, a real giant. 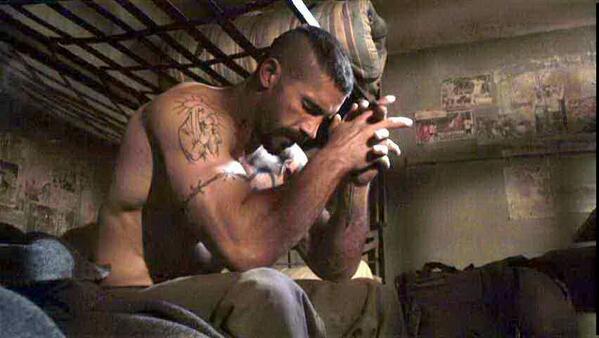 The movie ends with an unspoken promise of more sequels, which shouldn't be surprising. The role of Yuri Boyka is definitely the most successful one so far for Scott Adkins, and it has also created a cult personality for all the Orthodox Slavs who like martial arts movies and Fedor Emelianenko, or simply their country and faith. 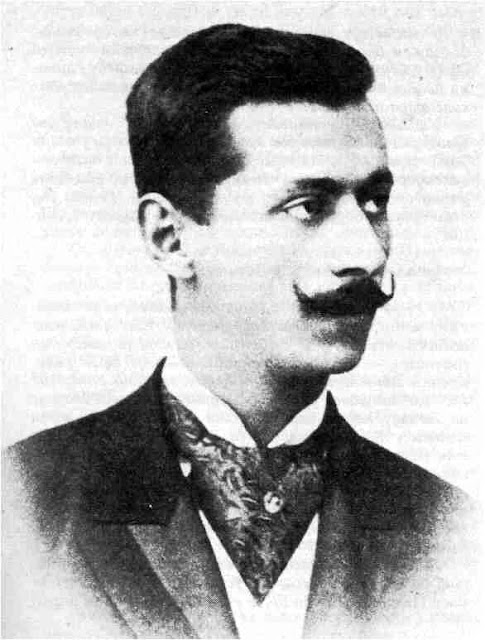 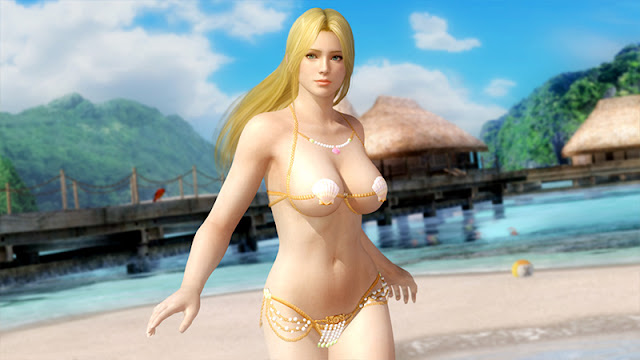 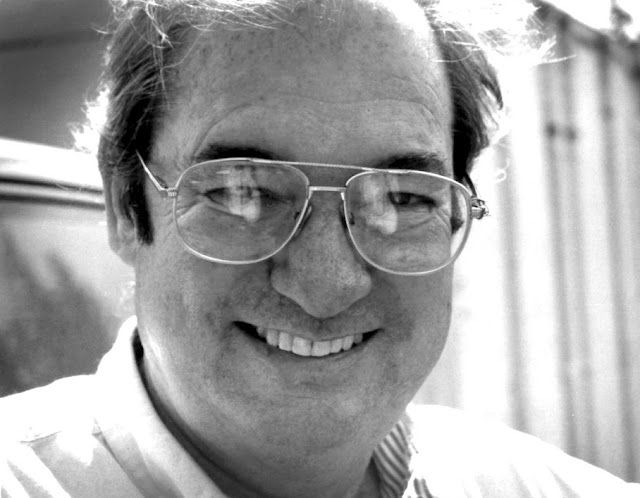